Hello everyone! I decided to go ahead and post an update mid-June since I've collected enough interesting GIFs and screenshots so far. :) I'm still pushing forward on migrating everything over to Godot 3.0 (with the occasional new feature) for the v0.5 release planned for sometime later this year.

One new feature for the Map Editor that should be quite useful is a "Fill" tool for replacing existing tiles with a different type. This will include a "contiguous" option for limiting which tiles are affected.

The "Randomize Rotation" option is now implemented in the new Map Editor as shown below. This isn't a new feature entirely, but it will work along with the new "box" mode (making it easier to get a satisfactory pattern when placing a large area of ground tiles, for example).

The new Voxel Editor now displays a "ground" surface underneath the model by default. This is to help preview light source settings and generally give a better sense of space. The ground can be toggled on and off as desired. The bioprinter model is from lectronice's Phalanstery, a game being developed with RPG in a Box.

I've also been making some improvements to the Script Editor. The most notable is the ability to manually edit a script's source code. Once changes are applied, the visual graph will be automatically updated. Also, support for "while" loops was added to both the currently available version (v0.4.9.18) and v0.5.

I may have briefly mentioned this before, but I will be in v0.5 as your guide if you ever need any help! Simply drag and drop my icon from the top right corner onto a component to open its related documentation if available. Of course, always feel free to contact the real me as well!

This week I've also started building out the new Dialogue Editor - more to come on that in my next update! As with the other editors, I'll be making some improvements as I work through the effort, in particular similar usability improvements that were made to the Script Editor since they share a lot of functionality.

I finally took a bit of time here and there recently to finish up the little desert racing game I was working on (which will be included in the Demo Game Hub soon)! Some of the base assets were originally created for a Getting Started tutorial, but I thought it would be cool to expand it into a small example game where you could race other NPC cars. More on this in my next update, as well! (Click the image below for a larger version.) 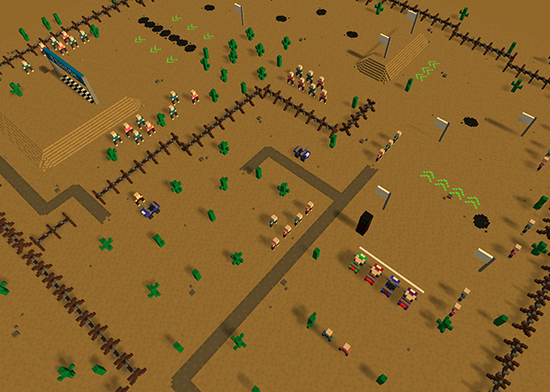 If you'd like to find out more about RPG in a Box or try out the free demo version, check out my Itch.io page here. Thanks so much again! :)

Very cool update. Looks like you're making lots of great progress! That racing game screenshot really caught my eye. Does it mean we'll be able to make all sorts of cool minigames for our RPGs? :D

Thanks Armaan! You may have seen this already, but I also posted a video of the racing game if you're interested in seeing more of it! And  yeah, I think there will be a lot of potential for other things like this in the future. :)

The Help is a nice touch.

Really looking forward for this 0.5, so many good improvments await us !

Thanks Tchey! I'm really looking forward to getting it out to everyone once it's ready.

You're a genius ! I love you