Hey everyone, I hope you've had an awesome July so far! I'm happy to say that, thanks to 60 wonderful backers so far, the Indiegogo campaign has crossed the $7,000 mark as of this morning and is now at 35% funded! I deeply appreciate everyone's help during this time, both those who have been able to contribute and those who have spread the word about the campaign or RPG in a Box in general. 😊

RPG in a Box: Beyond 1.0 Campaign on Indiegogo 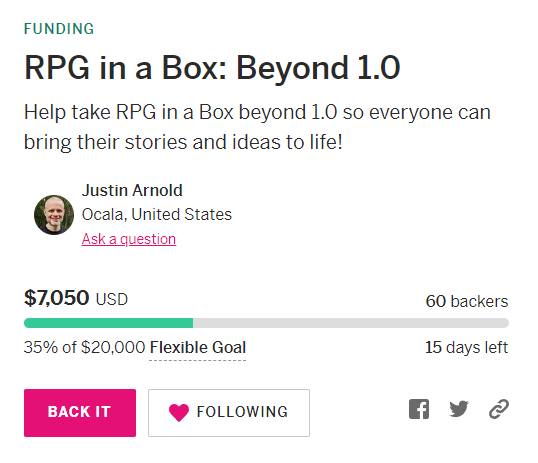 For anyone on Twitter (or if you have friends or family members who use it), it would really mean a lot if you could take a moment and retweet the tweet below if you haven't already. I really need everyone's help in reaching as many people as possible! 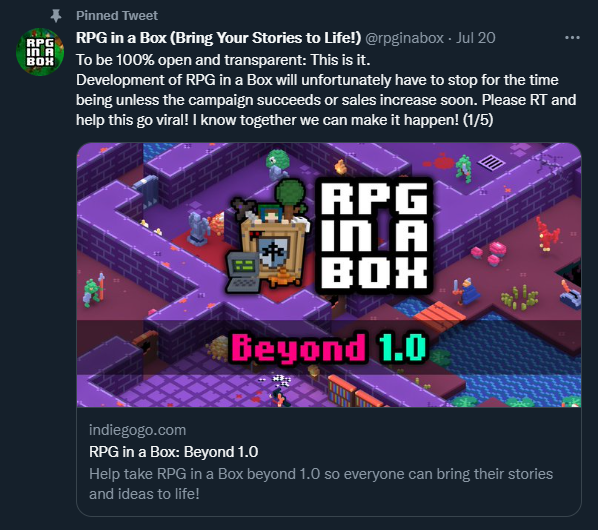 Thank you so much to everyone who has purchased RPG in a Box or supported it in any way up to this point. Thank you for taking a chance on RPG in a Box and for having faith in my vision. 💖